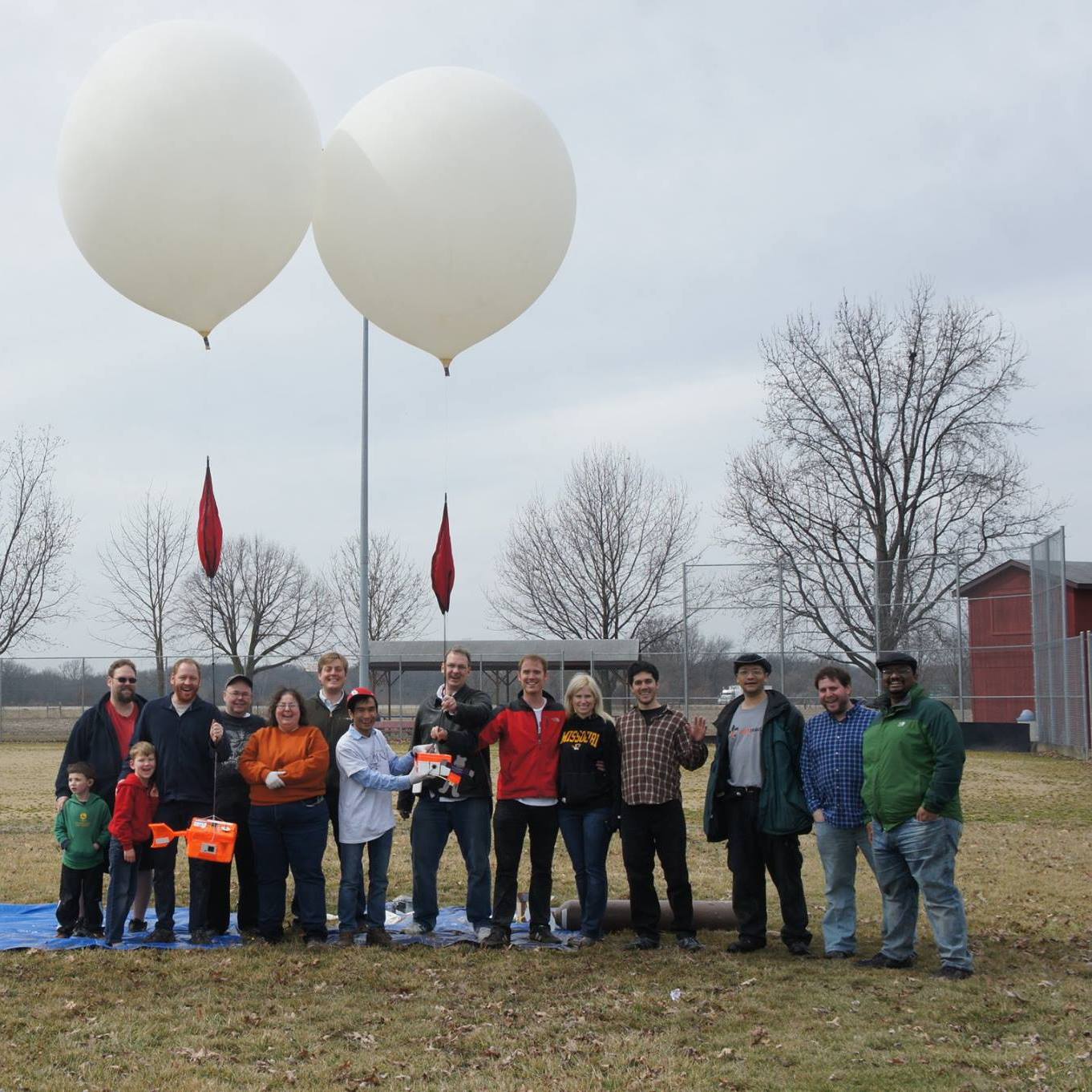 We are a group of students and educators from across the state of Missouri. We believe that a STEAM education should be available to everyone. We want to help connect people that agree. Share ideas and learn how others are using HABs.

Weather permitting, our balloon will launch from Damiansville, IL. A Cessna 172N airplane will be used to track the balloon and record video during its flight. We plan to launch a multi-payload balloon with the following technology and equipment: DVB-t (High-definition digital television on 70cm band), Slow Scan Television, two GoPro video cameras, two GPS-based trackers (a Trackuino and a cheaper experimental design by Don Bindner, KDØPGM), two student designed payloads that feature temperature and humidity sensors which Loyola Academy of Saint Louis students assembled and coded with the Raspberry Pi during their YMCA Mad Science program, one SensorDrone (collects oxidizing and reducing gas, temperature, humidity, and pressure data), and one Spot GPS tracker with gimbal on loan from the University of Missouri-Columbia (Mizzou) SEDS Chapter. Something will surely fail, and we plan to enjoy every minute of it!

We want to join the party!