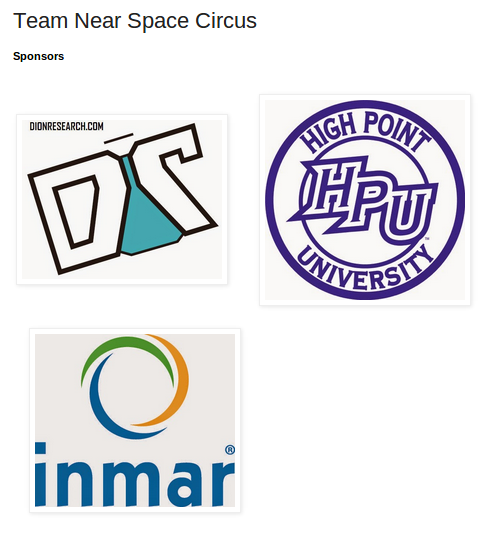 We are a group of users who share an interest in the Python programming language and in open source software. For this project, we invited the local community to participate and collaborated with High Point University, who had launched a HAB in 2013. A group of about 7 students from different schools joined a dozen PYPTUG members and Inmar employees for the initial meeting. Sponsors: Dion Research LLC, High Point University, Inmar Inc. Thanks also to David Handy for helping with some expenses.

We plan to launch a helium filled balloon equipped with multiple cameras, tracking and sensors, using Linux based computers. Additionally, some experiments payloads will be part of the launch, including an homage to the first NASA balloon flights designed for large scale photography (in 1969).

Because having rules and regulations, along with a deadline makes it more real.