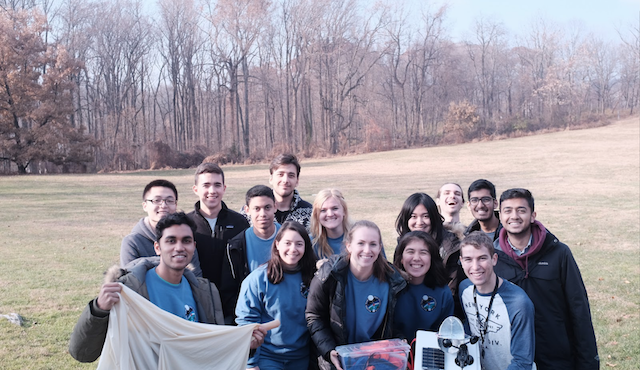 We're the Space Balloon team in the Penn Aerospace Club, at the University of Pennsylvania.

We plan to compete in the "Best Design" challenge, to demonstrate the functionality of our satellite-linked payload tracking and status console.

We joined because we wanted to learn how to design, build, and test near-space ready hardware in a cooperative, but still competitive, environment.