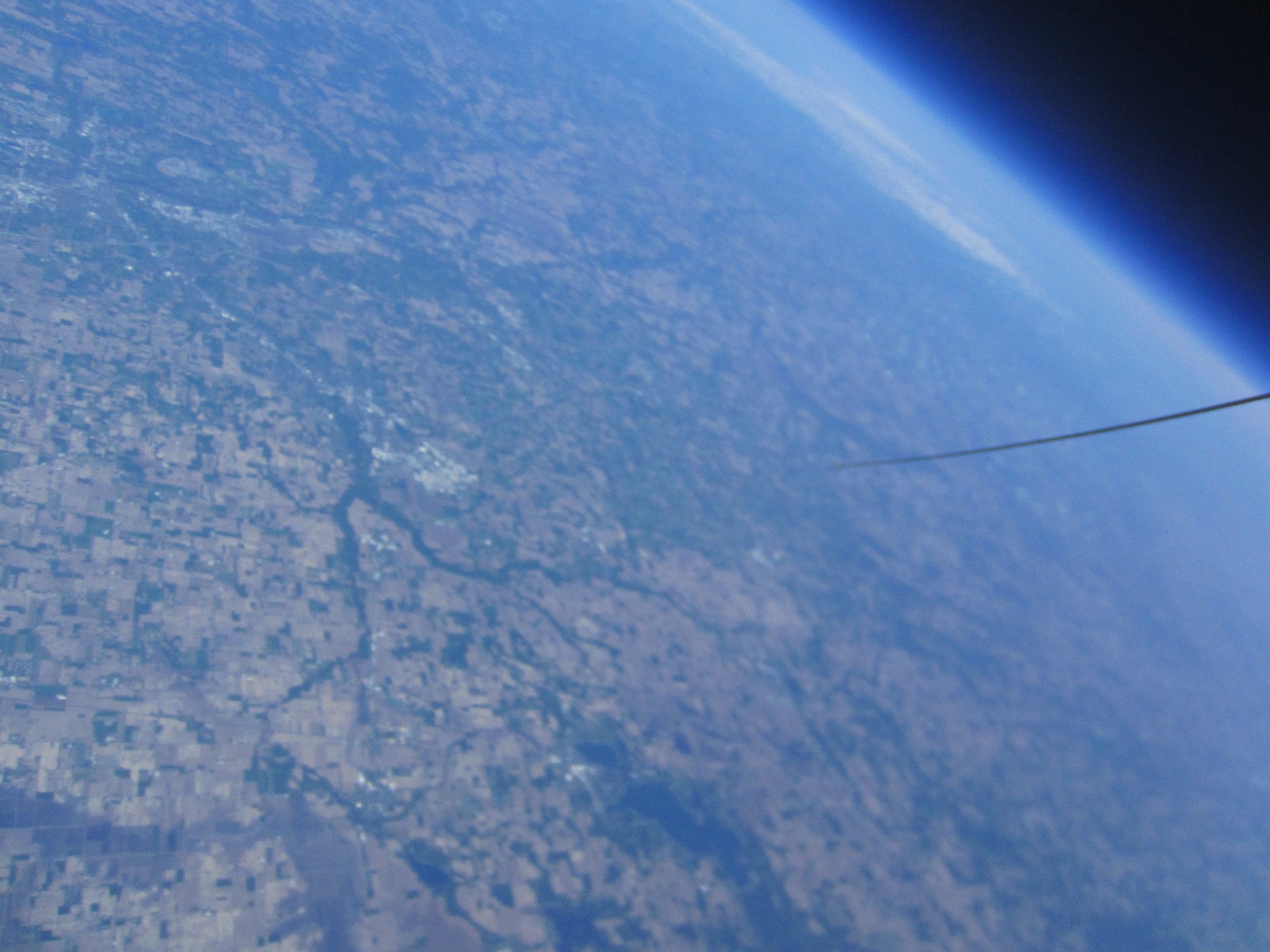 We started as a team of staff, students and friends associated with Ivy Tech Community College in South Bend and Elkhart, Indiana. We also have helped a team associated with Goshen High School and Chandler Elemetary, and together we have successfully launched seven flights since September 2012.

Our "standard" package includes real-time GPS/APRS and Amateur Television signals, video and digital cameras, and sensor package (temperature, humidity, air pressure). For last year's GSBC we also had a student experiment involving halobacteria... but unfortunately that got destroyed when our flight system was smacked down by a wind turbine after a fantastic flight. Hopefully that won't happen this year.

Wanted to be part of a community.